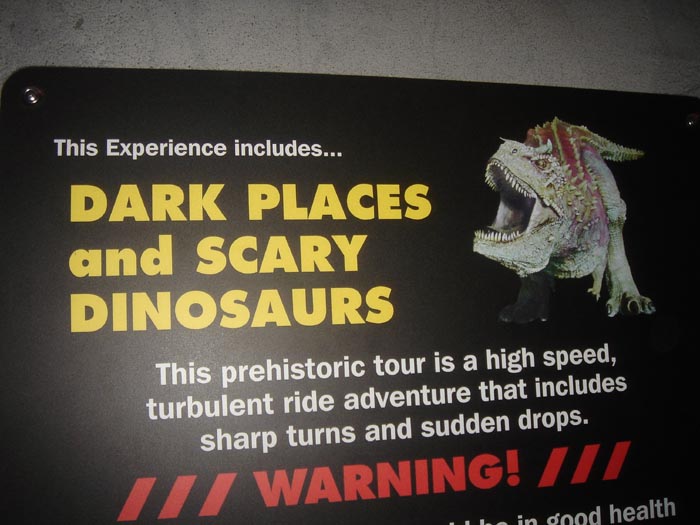 Until I am able to locate my original, I am having to use the photo from this page:
http://www.themeparkreview.com/parks/p_40_215_disneys_animal_kingdom_dinosaur

How can I kill the worms on my
beans that eat into the edges of the
leaves and roll them over?

ANSWER: Spray with arsenate of
lead, paste at the rate of two pounds
to fifty gallons water. Keep the paste
left in opened can covered with water
to prevent drying out.

I had been warned by the Brits that they were disappointed. Still, it's Jane Austen, how badly could they screw that up?

It's good to have media in different ways for different tastes...but not for me. It felt off. Then, there were Behind the Scenes after each episode and one of the actors referred to the scriptwriter as "the perfect man for the job" of writing an Austen series.

I think the perfect writer would have been a woman and I know his history which just makes it sadder. It's going to color any Austen adaptation I watch from now on, like is Clueless and Sense & Sensibility (1995) the only solely female written adaptations?

This "perfect" writer in a later segment talked about how the sexual attraction was what made Pride and Prejudice so fun, that Darcy was immediately sexually attracted to Elizabeth?

Excuse me? He found her striking especially her eyes...that doesn't mean he wants to fuck her in the first available empty room, eww.

Plus, I hate when new series just assume they're getting a second series before it's confirmed and have a huge, stupid cliffhanger.

P.S. I don't care anymore but my mom came up with her own ending where Charlotte doesn't end up with any Parker.

For my annual film list, I use a combination of how well a film was made in general, how well I enjoyed it and how much I would like to see it again. For a film to be eligible, I must have seen it in a theatre setting between 12:01 AM January 1 through 11:59 PM December 31 and it can't be found on a previous annual list.

Boy, the App has gotten weird, hasn't it?

Babes in Toyland is just as bad as i thought i remembered. Me: Did children ever love Parcheesi? This character just said "children love Parcheesi." My mom: uh...no...i think we have it. Me: i don't remember ever playing it. My mom: As i recall, it's long and complicated Me: But without the thrill of bankrupting your family members? My mom: Yeah SORRY ABOUT THE FORMAT. THIS APP SUCKS

I remember when I used to change Icons every year. I always looked forward to seeing which ones I would use that year. Now I haven't done that in years and I used to think that it was about time or the computer or whatever but...I just don't want to.

Once upon a time...what feels like many years ago...we were still months away from Star Wars: The Force Awakens and Carrie Fisher was taking questions. Naturally, everyone wanted to know everything but there was one question I will never forget. She was asked why Leia didn't have a lightsaber.

"I don't know. I guess I never asked for one." Then, I believe there was a bit of a shrug.

It's the only time I ever heard Carrie Fisher get booed. It was an unacceptable answer. How could you just forget Leia was also Force sensitive and deserved a lightsaber just the same as her twin?

We never blamed her. We blamed everyone else.

Now...it's possible that she was just winding us up and knew all along. It's nice to believe that but she also said on multiple occasions that she would prefer a purple lightsaber like Mace Windu so I don't know who decided on Leia's lightsaber but I do know...

It's been almost a week since I saw Star Wars: The Rise of Skywalker and the part that I think of most is that stupid, wonderful 30 seconds of Leia sparring with her brother in a practice lightsaber duel. I can't speak for boys at that age but when you're 6 and you watch the scene where Luke is telling Leia that she can be anything he is...you want Leia with a freaking lightsaber!!!

Because I've loved seeing Ahsoka and Rey kick ass with their lightsabers...even two at a time with both!!! but...it's not Leia so despite its faults, Episode 9 will always be the one where we finally got Leia with a lightsaber.

I just wish Carrie could have been involved.

P.S. I thought I was done collecting lightsabers and my collection was complete but it needs just one more...

A friend told me that people were calling Trump the best President ever. Ignoring personal feelings, it seemed kind of weird to declare that less than four years into a presidency. History needs time and analysis to know the true outcomes.

Then again, a presidency could have such major consequences that the nation changes forever from them.

I decided to rank the presidents for myself.

Today is September 22 so first of all...

But it's also a trio of notable tv series that premiered today in various years...

Yes, that was Melinda May, River Song and...well, Maura Tierney hasn't done a genre series yet.

Like I'm not going to pick a clip with Agent Coulson?

So, I have seen a very few of the Emmy winners but at least everyone is wearing such pretty, blingy outfits!

So, in July, we were finally forced to replace our DirectTv dish and they insisted on replacing all our equipment with new AT&T equipment, including better stuff. Well, if you insist...right?
I was miffed at first because the bill went up but now it's gone down again to where it was supposed to be.
Anyway, I lost all my DVR recordings but have used that to turn over a new leaf and watch ALL my recordings within two weeks of recording it. The new goal is to get that DVR down to nothing as much as possible. The main elements of the new DVR is that it connects with my mom's tv so she can watch anything on mine AND I have unlimited recording access. I no longer have a 2 shows recording at the same time limit.
Keep that in mind when it comes to my schedule.

Honestly, Sundays kind of suck, don't they? Without Doctor Who or Poldark, nothing is really must see although I am watching Ken Burns' documentary on Country Music. Ooh, Poldark is coming back September 29!

Also, I still enjoy Fox animation but I tend to watch it more on other channels although my mom usually tunes in Bob's Burgers every Sunday.

WATCH LIVE:
8 PM The Resident
9 PM Empire
10 PM New Amsterdam *If they kill off Helen (Freema Agyeman), they will probably be DEAD TO ME!

I've been wanting to quit Arrow for years but I had my DVR set to Series Record. I just couldn't make myself take it off. With the new DVR, it's gone and I felt so free!!! The Flash has been freaking annoying, too.
I still plan to watch the crossover event.

WATCH LIVE:
8 PM Riverdale...I was watching faithfully, then I was DVRing, then I didn't get around to the DVR and now I'm like two season behind but I think I should be fine to just pick it up again.
9 PM Nancy Drew
10 PM South Park
10:30 Full Frontal with Samantha Bee

DVR TIME!
10 PM Stumptown...I mean it has Cobie Smulders but I don't get a positive feeling from it. I think it might suck.

DEAD
I have zero interest in even trying the pilot episode as I normally do.

OTHER
8 PM Young Sheldon I watch it sometimes.

BBCA is going to have something, right?

I suppose I'm older and so much stuff is on channels and services I don't have, that must be why this schedule is the smallest ever.

Also, I bought Disney+. They had a deal where it would amount to $4.50 per month for the next three years. I couldn't pass that up. Now I just have to figure out how to hook it up to my tv in such a way that my mom can easily watch it, too.
Too bad DirectTv doesn't have Apps like the X-Box...
Collapse